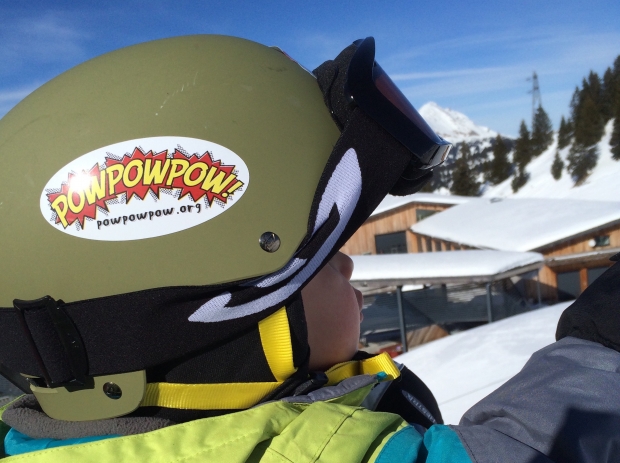 Do you  wear a helmet? It seems that there’s many out there who still don’t, and often various reasons are given, however, there’s still much to discuss on the details of how helmets affect injuries, performance, the outcome and, ultimately, do they help or make things worse?  However there’s still too, a lot of anecdote and “stands to reason” arguments round which don’t hold water or are least remain unproven or unsubstantiated.

There’s also a very complex series of factors that are interrelated which makes it hard to isolate a single answer to the oversimplified question of  “do helmets work?”.

Such factors include, but are not limited to:

I don’t think it’s as simple a question to answer to just look at injury rates, the context is complex and nuanced, and helmet use is, in terms of the lifetime of skiing, still quite a young innovation so I doubt a definitive answer can be had.

However, based on my own anecdotal evidence with a sample group of one, I’m also a biker/motorcyclist, and I know my helmet has saved me several times in accidents (I used to race off-road), and in skiing I’ve had two incidents, both caused by other skiers on busy pistes, where a helmet has prevented me sustaining a far more serious injury than had I been wearing only a hat (in one case, a bent ski pole and dented helmet from where my head hit the pole when I went down).

So while there may not be the evidence to support the argument that a helmet definitely will help, I see even less evidence to say that a helmet will hinder, so I’ll take the safe option and, bearing in mind the research that suggests risk compensation isn’t as big a deal as some might have you think, I will  continue to wear a helmet.

We welcome your comments and discussion on this emotive topic (and yes, powpowpow stickers are available, just drop us a line and we can send you some!)