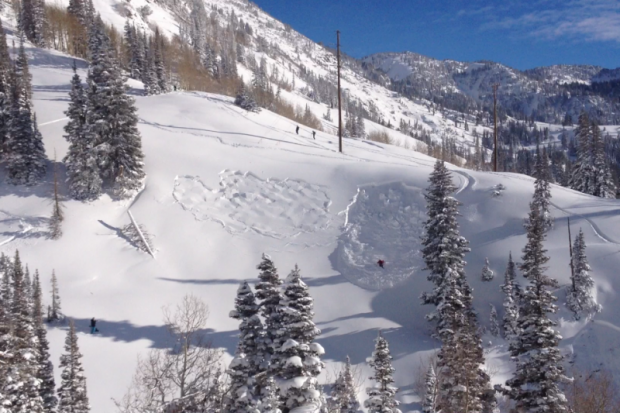 This recent, relatively small avalanche at Grizzly Gulch in Utah has been getting a lot of press recently, and much of the commentary in the mainstream media is  that she survived due to her airbag.  Certainly, the airbag appears to have helped but ultimately she was still buried 1/2 a meter under the surface of the snow when it stopped moving.

There’s a number of key points that I feel are being missed from the mainstream media’s coverage of this slide: 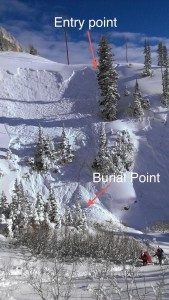 In my opinion, for whatever that is worth, this was an incredibly lucky escape. A series of obvious mistakes, of getting caught up in the moment and enjoying the conditions despite knowing the risks of avalanche were high, and yet venturing into such terrain without the appropriate equipment or backup was, in hindsight, plainly stupid.  But as I said, it can be easy to get caught up in the moment and go ‘just a little further’.

It was sheer luck that there were another 4 skiers present who not only witnessed it and were nearby, but who knew what they were doing enough to react and rescue her.  Bearing in mind the key 15 minutes burial time, and that the group were skinning up, it could have been a different story if they had been only a few hundred meters further down the slope.

Update: The victim was Amie Engerbretson and she has posted her account of the days events on her blog: http://amieski.com/2013/12/12/blind-spot/