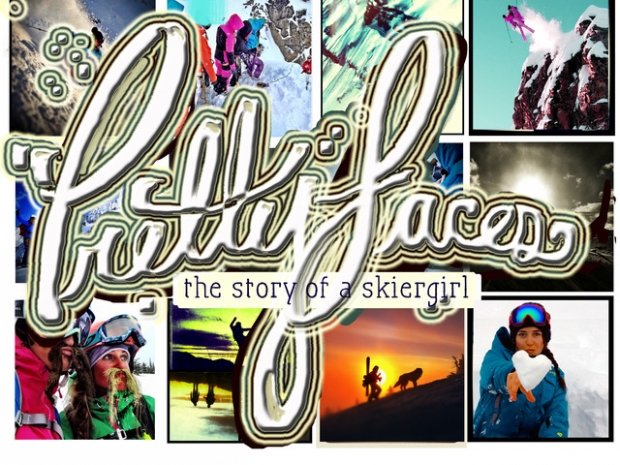 “You ski like a girl!”, if Lynsey Dyer has anything to do with it, that’ll soon sound more like praise than derision.

Over the last year, Lynsey and Unicorn Picnic have been working on a film project ‘Pretty Faces’, to showcase womens skiing talent.  Not just of the established athletes we see in the ski movies from TGR, MSP, Sherpas and the like, but for any female skier who wants to show what they’ve got.  This is probably the most unique thing about Pretty Faces, that it will feature not only footage of the pros ripping up big mountains, snorkeling in deep deep pow or launching themselves towards the heavens in the park but also community sourced footage , crowdsourced from the skiing community.  That means  you (if you’re female), your mum, daughter, sister, friend, whoever could be a part of this.

While women make up around 40% of skiers and 30% of the adventure sports film viewership, only 14% of athletes in major ski films were female this past season, indeed, that’s an increase over the 9% from the year before.

The project has a lot of support from major ski industry players, but a project like this requires more than pocket change, so they’ve turned to KickStarter to raise fund to make it a reality. Powpowpow has already backed it, and would urge you to throw a few shekels in their direction too, as there’s only a few weeks left to reach the $60,000 goal.

and maybe you, or someone you know?

To back the film and find out more about the project, you can find it here : http://www.kickstarter.com/projects/188962949/pretty-faces-all-female-ski-and-adventure-sports-f