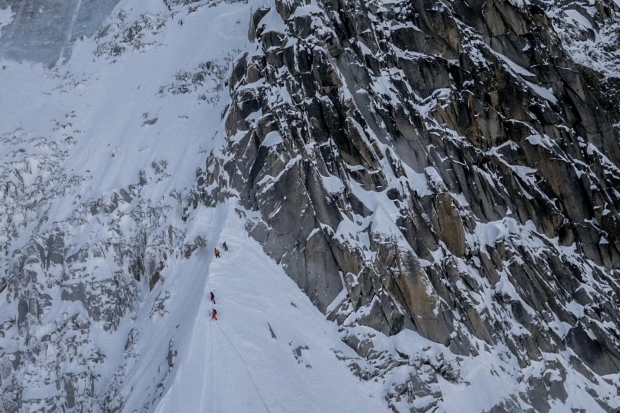 Xavier de la Rue is, as well as being boardercross world champion and pro big mountain boarder, one of the founders of Hexo+, our favourite autonomous drone (which hope to use for some footage this season)

This is his latest edit, where he takes on the Mallory Couloir on the North Face of Aiguille du Midi in Chamonix along with Aurelien Ducroz – 2 x Freeride World Tour Champion, Tony Lamiche – Mountain Guide  and Alex Pittin – Mountain Guide and previously a member of the French National Team

The aerial filming was done using his Hexo+ which you can see strapped to his pack (see 5:00 in)

I’m not sure we’ll be bringing you footage that blows the GNAR scale out of the water like this, but in the meantime, sit back and watch the master at work