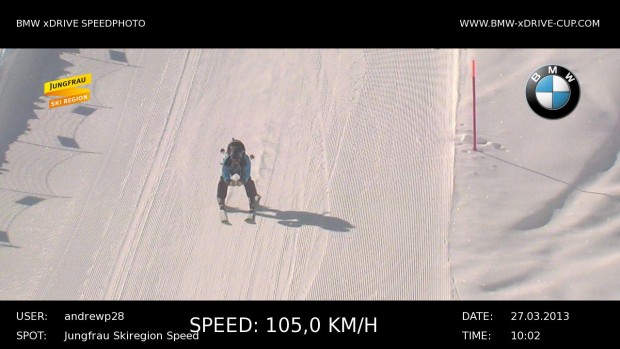 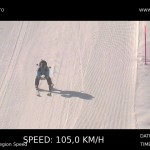 When talking to those who don’t ski, or are just starting out, I often hear such comments as “You’re not the sort of skier to go off piste and jump off cliffs are you?” (fair enough, I’m no Jamie Pierre, far from it, but I like the occasional drop off), or “How fast?” (it’s not even that fast in my mind).  It’s the same when I talk about my summer pastime of rallying motorcycles, which involves throwing 140kg of  600cc off-road motorcycle around gravel tracks in a forest. In all cases, such comments are usually followed up with “are you an adrenalin junkie?”.

I can quite categorically state no, I’m not an adrenalin junkie.  Indeed, I dislike the sensation, that feeling in the pit of your stomach is not one I relish but one I avoid.  If I feel that, then I’ve gone too far and either something bad is about to happen, or I came close to something bad happening and it’s kicking in after the fact.  So what do I get out of it? Quite simply, an empty, clear and focused mind; it’s my meditation.

I have an infuriatingly active mind, I find it impossible to switch off by normal means and always have new ideas swirling around in there along with the stuff anyone with their own company has to deal with as well as all the normal stuff, family, money, time and whatnot. If I’m completely honest I have, in the past, poo-pooed the idea of meditation and I admit I am probably somewhat closed minded to a lot of stuff which, and I will probably get berated for using this term, I class as ‘new age’.  For me it was up there with homeopathy and faith healing. 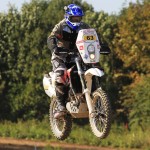 But it’s in recent years, in thinking about my response to those who ask me if I’m seeking out the rush, it’s made me contemplate a little deeper into why I do these sports which are, no matter how you look at it, relatively dangerous. I’ve come to realise that all the activities I do now, or have done in the past have one thing in common, as well as that reputation for adrenalin, and that’s focus.  To perform well at them, indeed to even survive in some cases requires 100% focus.  That’s not to say that to perform well at other sports doesn’t require total focus but the consequences are somewhat different.  I’m a keen cyclist too and to perform well at that also requires focus, but if you lose focus what actually happens?  Short of not paying attention to the point you crash, all that loss of focus means is that your performance drops off and you do less well, you cycle slower and you end up at the back of the group, you have the slowest time or come over the finishing line last. It’s a little different when you’re going sideways at 80mph on gravel on a motorcycle, or on a steep exposed couloir with rocks around you, covered in snow and standing on a couple of planks that are designed to slide.  In those circumstances a lack of focus can be somewhat more catastrophic, as it has been in some cases that I’ve witnessed.  Let your mind wander, make a mistake and it could be game over.

A friend regularly practices meditation and I asked what it means for her “To me it is all about breathing and awareness. Sometimes visualization as well.”  I know that when I’m standing on the edge of a couloir, ready to drop in, I’m very aware of my breathing, I’m very aware of my surroundings in terms of the terrain I’ll be riding, the weather, how I feel, the mood of those around me, everything and that leads into visualisation.  You can’t help but visualise your action, no matter how briefly.  What line will I chose? how will it feel when I drop? how will the snow be down there? what will the landing be like?  All those thoughts string together into a visualisation of what comes next and, if it all goes according to plan, it should mirror what you visualised.

In 2005, George Eric Brymer of the University of Woolongong wrote a paper “Extreme dude! A phenomenological perspective on the extreme sport experience“. In this he examines the state of mind of a number of ‘extreme’ athletes and notes that it’s not that they had ‘no fear!’, but that they were incredibly aware of their exposure and fragility should anything go wrong, and that drew their focus to the point that they were ‘in the moment’.  I feel it’s slightly ironic that such clichéd phrases should crop up, but it’s interesting that they do.

Dr Arnie Kozak, a mindfulness-based psychology expert, is the author of “The Everything Buddhism Book“. In a section on Mindfulness in Sport and Exercise(Page 255), he writes…

“All athletes have experienced a meditative state worthy of a Buddha. Sometimes athletic activities pull you into a natural state of mindfulness. Sport becomes a form of meditation when you engage in it with your full attention,”

It’s that natural state of mindfulness that I achieve through skiing, motorcycling and whatnot. I’ve come to realise that while I may have poo pooed meditation in the past, it was something I was doing myself, it’s just that my path to that state, one of focus, awareness and visualisation, is a little different to what many may envisage.

If you ski hard and fast, but you don’t do it for the rush,  then maybe it’s your path too?

For a more traditional look at meditation, check out MindBodyGreen