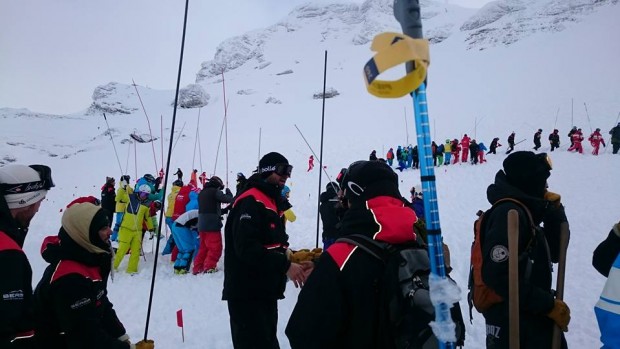 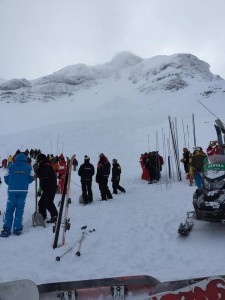 With the volumes of  snow that have fallen in the last 48hrs, it was predictable that the snowpack would be unstable, and just how unstable was shown today when there was a large slide in the Arare area of Avoriaz.  After around 2pm, the avalanche was triggered naturally and slid onto the piste and 3 skiers below (noone was off-piste).  One skier was carried down in the slide but was quickly rescued and treated for shock with no other injuries.

As the avalanche covered the piste, it wasn’t expected that any potential victims would have been wearing transceivers, so skiers from the ESF, PDS Academy and other groups quickly formed into a search party to probe and dig the avalanche.  Fortunately, no others were found to have been caught.

James Bennett of the PDS Academy who assisted in the search said, “The light wasn’t great. I’ve never seen one that size up there and it was deep enough some probes couldn’t touch the ground.” In estimating the size, he said the loose snow avalanche was easily over 75m wide  and the search lasted over 2 hours, James went on, “we had finished our search area by 4 but there were still a couple of groups finishing off”. 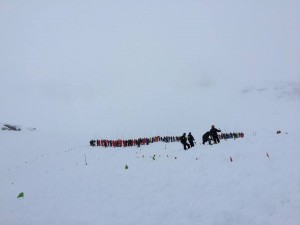 We’re also hearing reports of an avalanche in Deux Alpes where 10 school children were caught and there’s still 4 missing.

The incidence of naturally triggered avalanches onto pistes are, thankfully, rare, but this shows that you must always be vigilant and  aware of the risks.